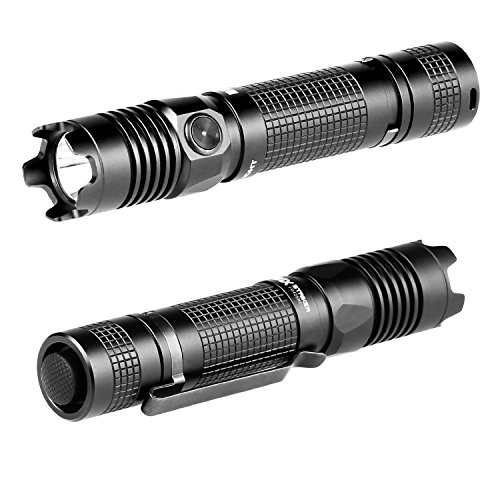 Owning a bright led flashlight lets you identify any threats to your safety, you can use them to temporarily blind an aggressor, and they also help to buy you a bit of extra time to consider appropriate actions.

Depending on what you do for a living or what your needs are for the survival equipment you need to carry, LED torches that are too small might not be the smartest option if you work in security, law enforcement, or often work in dark environments. In contrast, if you own a tactical LED flashlight that is larger than average the smaller EDC led flashlight counterpart and then it can be a struggle to carry in your pocket.

It’s important to be aware that what might be the best flashlight for one person might not be the best flashlight for another. For example, somebody on the search for an EDC flashlight may be on the lookout for a more streamlined, pocket-friendly version. However, a police officer or firefighter might be on the lookout for a lot bigger, frequently rechargeable tactical LED flashlight capable of generating a greater burst of light that provides a great deal more functionality, for example, distinct brightness settings and a strobe style.

Further below are a number of torches that focus on size, weight and durability, as well as the brightness and focus of the light emitted by the flashlight. The brightness of the light is measured in lumens – a decent level to look for is around 200 lumens.

The.. Brightest… Flashlight… Ever…

If you need a light to get rid of the shadow the Imalent DX80 (See Price on Amazon) is an excellent option. They do not call it “the conclusion of Darkness” for nothing as it can emit up to 32,000 Lumens on Turbo mode. The Imalent DX80 features an 8 piece CREE XHP70 2nd generation LEDs to provide a maximum throw of 806m. A display shows the parameters and settings to users.

The Imalent DX80 offers constant circuit to ensure to a high-efficiency constant brightness in all manners.

The Imalent DX80 offers a side switch for easy one-handed control. The side switch allows users to cycle through six different output levels, plus a strobe mode. Turbo mode can be accessed from any mode by double pressing the button. A built-in battery pack uses 8 high discharge performance 18650 Li-Ion batteries to power the light. The battery pack can be completely recharged in about 3 hours and 10 minutes using a typical 19V-2A charger. The battery symbol will flash 10 times per minute to warn users when battery levels fall below 13V.

With the total amount of lumens emitted through the flashlight, it’s easy to think that overheating might be an actual concern. The Imalent DX80 uses smart temperature control to automatically adjust the current to maintain the light’s internal temperature under 50 degrees Celsius.

A pioneer in their area, Fenix continues to advance the technology of both portable and outdoor illumination, especially using their PD35 Tactical Edition LED flashlight (See Price on Amazon) — an everyday carry favourite for all. 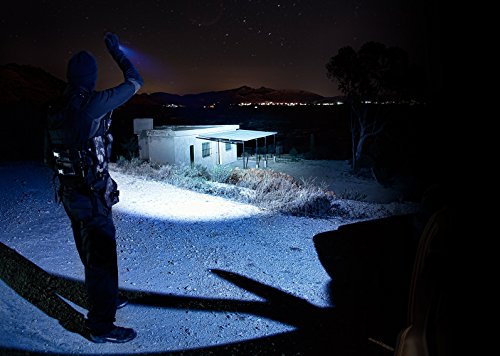 Small, incredibly powerful and extremely versatile, the Fenix PD35 TAC (Tactical Edition), remains pocket-size but higher performance and focuses on tactical use. Measured at less than 14cm long it delivers a 1000 lumens output and beam distance of up to 200 meters in the turbo mode. In outdoor more, it delivers 6 output modes including strobe mode, and a tactical mode strengthens PD35 TAC with simplified and fast output selection 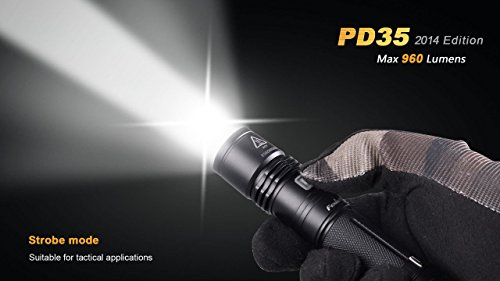 Top of the class

The Fenix PD35 TAC is quickly establishing itself as one of the most popular models in the Fenix line up and for good reason! It is extremely compact and lightweight yet with a performance comparable to searchlights many times larger and heavier. Combined with modes and brightness levels to suit any users requirements, this is one flashlight that should not be overlooked.

The Olight S1R Turbo S can be powered by other batteries, including the CR123, only the RCR123A can be charged via the charging port. 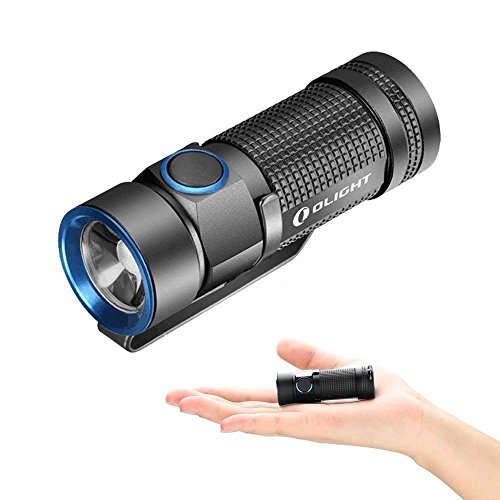 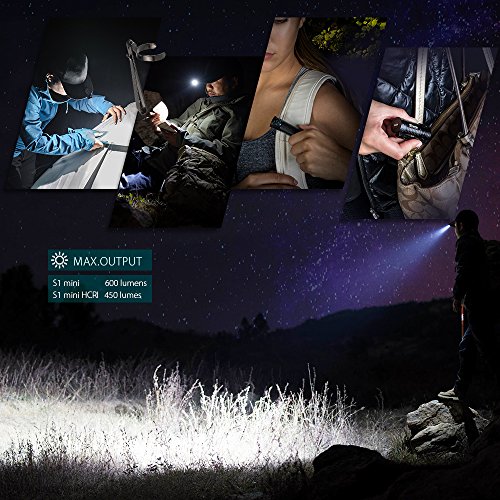 Powering the light on and off or switching between brightness levels is done by twisting the head switch counterclockwise for low output or to activate the light. To switch to a higher output you must rotate the switch clockwise and then counterclockwise again within one second. The virtually indestructible light offers a nickel-plated brass body with a heavy-duty removable pocket clip. The tail cap offers a key-ring attachment as a secondary carrying option. The SureFire Titan Plus is powered by a single AAA NiMH rechargeable battery, but can also be powered by a single disposable AAA alkaline battery.

To determine the most powerful LED flashlight, this article looks at torches with the highest overall Light Output dimension of Lumens. Both the Beam Distance and the Peak Beam Intensity can be significantly altered depending on the angle and size of the reflector that is used. Lumen is a straightforward level of the overall light output. With that said the led flashlight with the most Lumens would not necessarily be the led flashlight that will shine the farthest.

The last thing to consider when looking at the Lumen amount a flashlight has is that FL1 criteria gauge the amount of light that comes out of the front of the flashlight not the theoretical max output of the LED emitter. Some of the less reputable flashlight makers will completely lie about the number of Lumens that their LED torches create or they will say the maximum output of the LED emitter as recorded by the LED manufacturer.

Tactical LED torches, while many boast a lot of the same performance of the stereotypical flashlight, provide some major benefits not typically found elsewhere. Namely, they are always a bit more rugged than their run-of-the-mill counterparts, are equipped with different light functions (such as strobes and burst modes), have a higher lumen output, and are frequently constructed with self-defence programs in mind.

So whether you live in a shady part of town, or if you are in the army or police force, or if it’s to find your way around during a power cut, or to search the bottom of your rucksack at night on a camping trip, a flashlight can be a vital piece of kit. 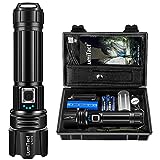 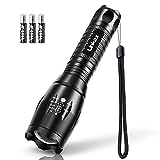 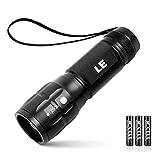