When wildlife watching in reduced light or at night, it can be difficult if you do not have a torch to hand that can help you spot those nocturnal animals. Using a torch with a decent spotlight is one of the ways you can pick up on animals that only come out at night. 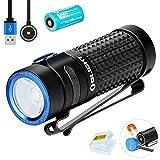 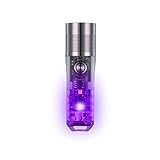 You’ll notice the eyes of the animals reflect back in some dazzling colours. What also happens sometimes is the animal will be stuck in between the ‘freeze or flight‘ and it will not be sure if the light it can see is a threat or from a friendly source.

So what are some of the reasons a person might want to get the best torch for wildlife watching? Well, there are a number of different reasons why a high-powered torch will come in handy when trying to see animals and wildlife.

Just off the top of my head, below are a couple of reasons why a decent torch will come in handy;

When deciding on the best torch for your needs, there a number of different factors that you need to consider. There are different types of torches, not just the basic flashlight, that are worth considering when out wildlife watching.

Which one you choose will depend on what you plan on using it for, how frequently you use it and what weather you use it in.

If you need a spotlight, it’s because they are high-powered handheld torches that often have a trigger and can be quite piercing when used. Often they are bigger and bulkier when you compare it to other flashlights.

The light beam can also be adjusted to make it slightly wider or to narrow down on your target animal, with some even able to extend up to a maximum distance of up to 300 metres!

As the name suggests, tactical torches can be used for a number of different purposes and over the last few years have increasingly grown in popularity.

Tactical torches are a lot more rugged, sturdy and durable. They can often be used in self defence and have in-built features that can be used to momentarily blind an adversary.

Asides from that, tactical torches are often a lot brighter than standard torches.

Mini-flashlights or mini-torches are also a good option to have with you when out and about and you expect to be caught out with a sudden weather change.

As suggested, these mini torches are small devices and they can easily slip into your pocket or purse.